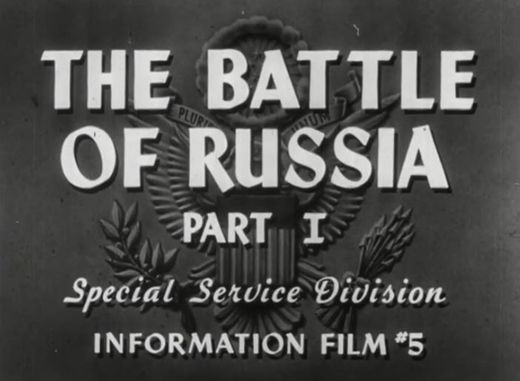 I’ve just watched an excellent 1943 documentary by Oscar Award-winning director Frank Capra, and produced by the US government. It’s a rare thing to behold: an accurate – in fact, a rather glowing – portrayal of Russia and its historical role as shock absorber to invading hordes. The film was recently uploaded to the YouTube channel of the US National Archives but, as far as I can make out, has been publicly available since 2011.

While the bulk of the film uses contemporary footage collected by US Army Intelligence during the war to capture the horror, scale and intensity of the Nazi invasion of Russia, and how the Russians ultimately defeated the Nazis through brilliant strategy and sheer force of will, the first part also goes into some historical context about previous invasions of Russia, as well as important geographical detail about the nature of ‘Russia’.

I can’t vouch for the film’s complete historical accuracy. It is, after all, Pentagon propaganda! At one point, for example, the narrator mentions in passing that Russia was victim to Kaiser Wilhelm’s ‘tyrannical warmongering’ in the early 20th century. I can tell you, with some certainty, having recently read Hidden History: The Secret Origins of the First World War, that Germany was not at fault for WW1 (in fact, it tried to prevent it).

Nevertheless, Hitler’s Operation Barbarossa in 1941 does fit a pattern of Russia historically being on the receiving end of aggressive invasions. For just a brief sliver in time, it was apparently in the US government’s interests to accurately represent the ‘most epic battlefront in known history’. Not only that, it also suited US interests to accurately represent Russia as a large ‘community of nations’. And that, essentially, is what defines her (both Imperial Russia and the USSR); Russia is a patchwork ‘country of many countries’, a vast territory comprising many ethnicities and nationalities.

The incredible thing is that not two years after this film was made, Russia became the new ‘enemy of freedom’. In fact, we now know that the Atom Bomb was dropped on Japan in 1945 specifically to ‘send Russia a message‘. The international financiers pulling the strings behind Hitler and the Western Allies could not allow a parallel ‘United Nations’ to exist on the vast Eurasian landmass while they set about creating one centered on New York City.

And thus began the policy of maligning, containing, and isolating Russia behind an ‘iron curtain’, until eventually peoples all along its periphery said ‘enough!’ and made a break for freedom and independent nationhood when the USSR fell… only to fall into the debt-trap set for them by the international banking elite. Recently, of course, ‘Russia the nation-state’ has itself emerged from the collapse of the USSR (and the subsequent ‘economic shock therapy’ applied by Wall Street) and regained a sense of its historical mission: to facilitate the inevitable integration of Eurasia and all its peoples, minus Western hegemony. 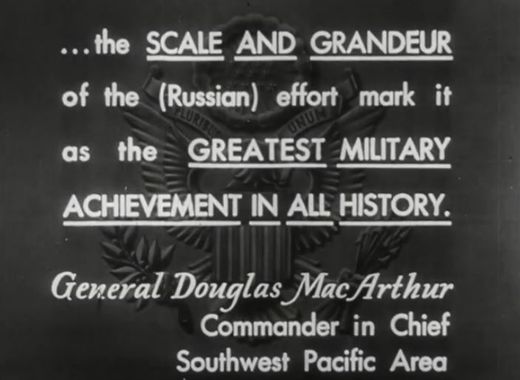